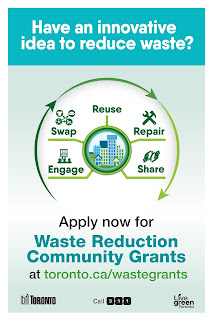 Grants of up to $25,000 are available to support innovative community-based efforts to reduce residential waste and increase participation in the City of Toronto’s waste diversion programs. A priority will be placed on investing in actions that address multi-residential buildings, multi-lingual communities, equity-seeking groups and Neighbourhood Improvement Areas.


·  working together to deliver services.


The strategy puts priority on reducing and encouraging the prevention of waste, maximizing its value before disposal, and supporting the move towards a circular economy. Waste diversion, which minimizes the amount of waste sent to landfill, follows reduction and reuse in order of priority.

Please do kindly note that the application must be completed by resident led groups (e.g. Green Teams, School Parent Councils), not the property management.


Posted by Gemma Gallimore at 3:34 PM No comments:


Topic:             Updates on the status of the Scarborough Subway Extension and the plans for dedicated Bus Lanes on Ellesmere Road from McCowan to Military Trail


v  Iain McLeod gave a brief update on the Metrolinx proposal of the  BRT- Bus Rapid Transit that would connect the Toronto/Scarborough transit system with Oshawa, via Pickering, Whitby and Ajax (Durham Region).


Metrolinx turned down the GACA’s proposal of widening Ellesmere Road (east of McCowan) to a total of 7 lanes with 3 lanes each way for cars and buses with curb lane being an HOV lane and centre lane for left turns.


The current proposal is 4 lanes with 2 centre lanes of Ellesmere Road dedicated for Durham express buses only. This would leave a single lane each way for cars, trucksand local TTC buses and it will eliminate left turn lanes into the active commercial businesses and industrial units along Ellesmere Road between McCowan and Markham Road.


Community member requested a single page hand out be prepared of these proposals with diagrams available for the next meeting.


v  Councillor Thompson will advocate on behalf of the community and will ask City of Toronto transportation representative to look at GACA’s alternate proposal for the BRT- Bus Rapid Transit and give an analysis of it and see where it can go from there.


Community members raised questions that they would like Michael Thompson to ask about the BRT proposal such as whether saving 5 minutes on a bus ride is worth all the expense and turmoil this BRT proposal is creating.


v  Councillor Thompson supports grade separations, elevations where there are GO train lines. He supports building an under or over pass in such places as on Progress Avenue between Midland and Kennedy Roads.


v  Discussion on bike lanes commenced and that the City of Toronto will be building bike lanes on Lawrence Avenue in the future. Currently Scarborough Centre does not have a safe bicycle network. Councillor Thompson emphasized that in City politics, it is always a delicate balancing act trying to meet the needs and requests of various community members.


v  Councillor Michael Thompson supports the 3 stop Scarborough Subway extension. Stops at Lawrence (Scarborough Hospital), Scarborough Town Centre and McCowan and Sheppard. This is supported by Premiere Doug Ford and Metrolinx executive Phil Verster as per recent conversations Councillor Thompson has had with them. The Scarborough Subway is on the agenda of the City of Toronto Council meeting tomorrow morning, October 29, 2019.


v  MPP Christina Mitas was introduced and welcomed. She addressed the GACA for the first time.


v  MPP Mitas is in favour of the 3 stop Scarborough Subway as well.  The next steps challenge is to get all three levels of government, municipal, provincial and federal to work together and provide the required funding support for the subway.


Concern raised that if there is a change in government at any of the levels before the shovel is in the ground that there may not be ongoing support for this project by subsequent governments.


v  There is a meeting on Wednesday October 30, 2019 at Scarborough Civic Centre at 7:00pm about a Farmer’s Market in Albert Campbell Square next year, May 2020. Community members who support this initiative should attend the meeting.


Motion to accept report as read made by Jack Law.


v  Motion to adjourn the meeting made by David Jackson


Interim Secretary
Posted by Gemma Gallimore at 1:02 PM No comments: 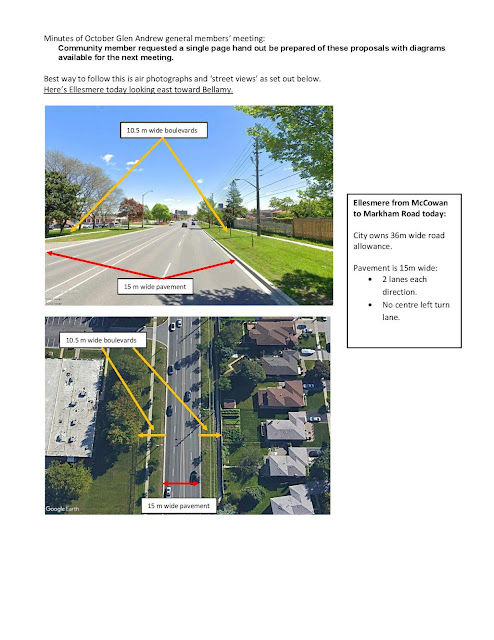 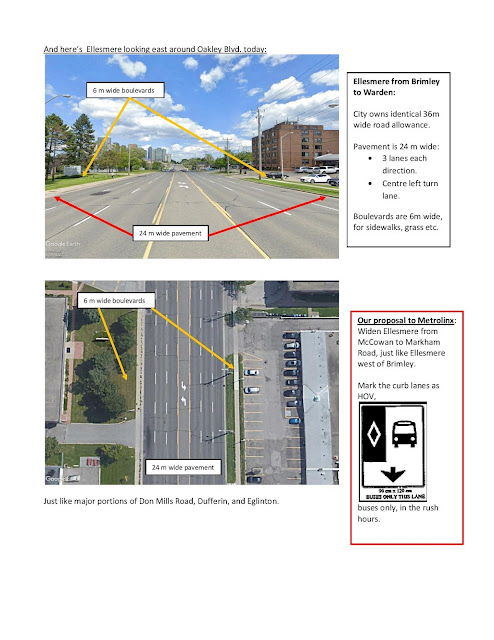 Posted by Gemma Gallimore at 1:53 PM No comments: 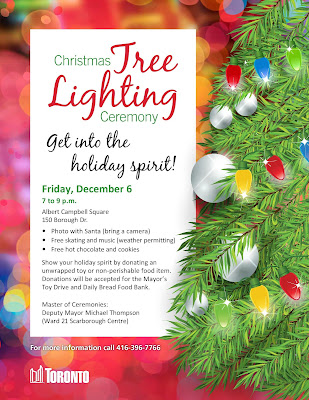 Posted by Gemma Gallimore at 2:05 PM No comments:

At the recent GACA Meeting on October 28, we were given an update about the status of the Scarborough Subway by Councillor Michael Thompson and MPP Christina Mittas. Most of the information they gave has now been made available in the news media.
Under the new agreed-upon proposal, the Ontario Government will pay $30 billion for the transit expansion which includes:
Ontario line  - a relief life
Scarborough Subway Extension
Yonge line extension
Eglinton West LRT.

Ontario Line
This revision basically throws out all the previous studies, proposals and analyses which the city had done over the last several years and which cost tax-payers over $200 million. This revised plan which has been approved would cost $10.9 billion for the Ontario line and take a longer, different route from Ontario Place to the Ontario Science Centre. Plans include completion date of 2027.

In our Meeting, many residents understandably expressed dissatisfaction with the plan for Scarborough. Many had worked on this plan, advocating and giving input. Unfortunately, Scarborough has been given low priority by the city and province.

Posted by Gemma Gallimore at 12:38 PM No comments: 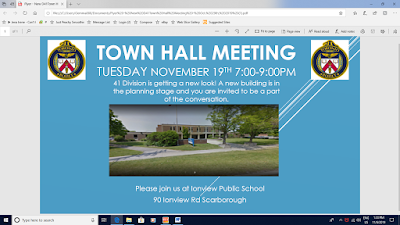 Posted by Gemma Gallimore at 10:46 AM No comments: 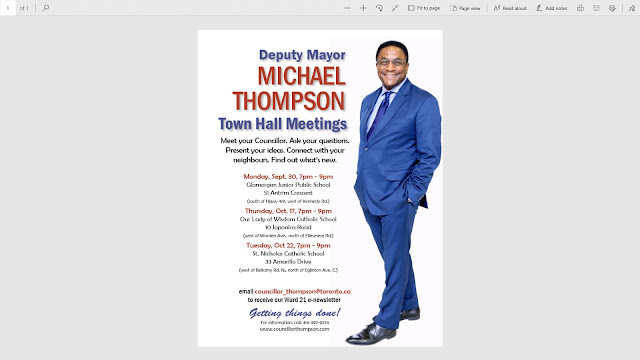 Posted by Gemma Gallimore at 1:22 PM No comments: